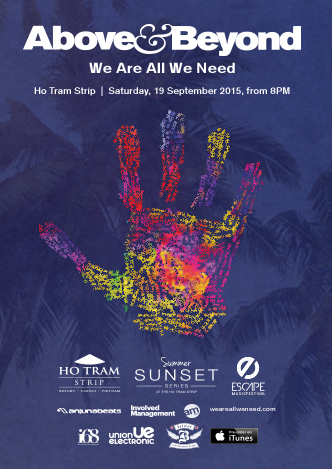 Sep 19 2015, the EDM world’s legendary DJ trio – Above & Beyond swill put on at show EDM Việt Nam at Ho Tram Strip.. ABOVE & BEYOND has been consistently ranked in Top 100 DJ Mag for years, winning multi DJ nominations and awards since founded in 2000.

On Saturday 18th October, the trio made history: they became the first British DJs to headline New York’s legendary Madison Square Garden. As usual with the band, the numbers spoke for themselves: all 13,000 tickets sold in a snap; tickets changing handson secondary markets for $700 a pop; within a week, half-a-million video views of a pair of delirious fans accorded the honour of pushing the button during “Blue Sky Action”. Are you THE LUCKY RAVER to face “The Button” this September at Ho Tram Strip? 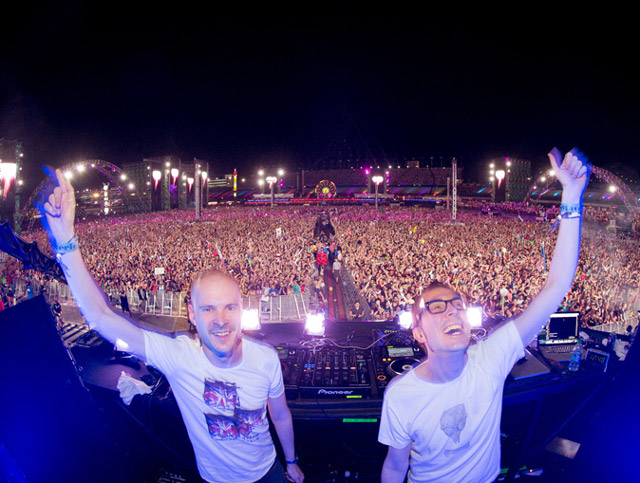 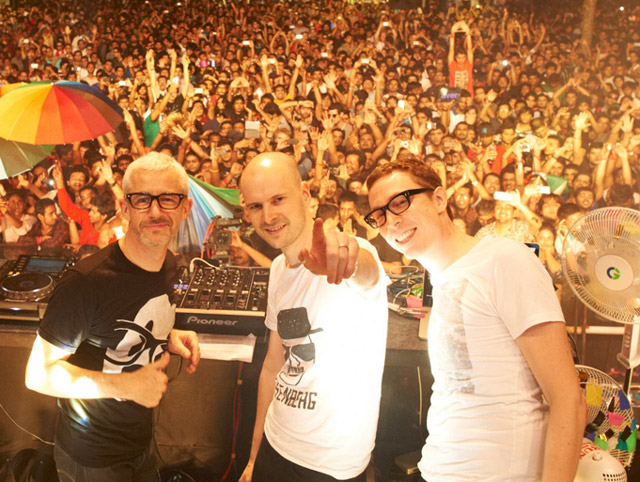 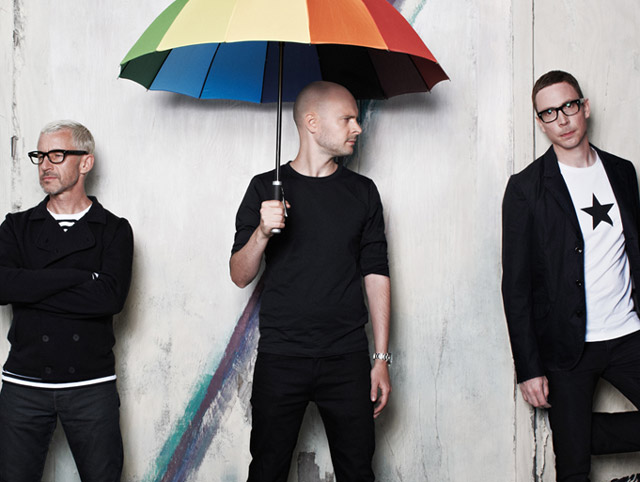 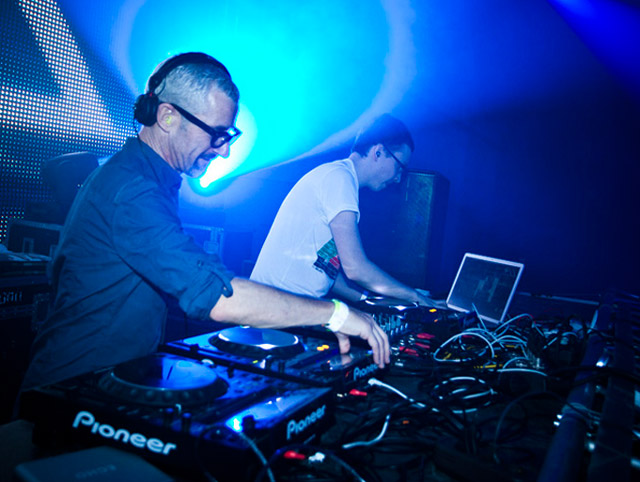 It was the perfect curtain-raiser for the next stage of ABOVE & BEYOND’s dauntless, peerless, thrilling ascent. On 19th January, Jono Grant, Tony McGuinness and Paavo Siljamäki release their new album “We Are All We Need”, and pre-orders come with three instant grat singles, including the title track. Thereafter comes another single, “All Over The World” – an appropriate title given that early 2015 also sees them embark on a global album tour. In addition, their radio show, now operating under the name Group Therapy, has broadcast over 500 episodes since 2004 and reaches 30 million listeners in 35 countries – every week.

Their own labels, Anjunabeats and Anjunadeep, are among the most respected imprints in the global dance music scene and have released some 23 ABOVE & BEYOND albums and compilations in the last 12 years.

Get tickets now to Above & Beyond's Wonderworld! 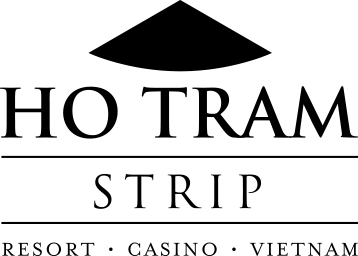