All Eyes On Us EDM Festival - Brought to you by Budweiser, a massive EDM Party which expects to leave an ultimate HIT this Christmas.
First ever featuring one of World Top #10 DJs on stage of Budweiser 2016, Ravers will surely die longing for his stunning set to be showcased. Are you ready for this incredible vibes? 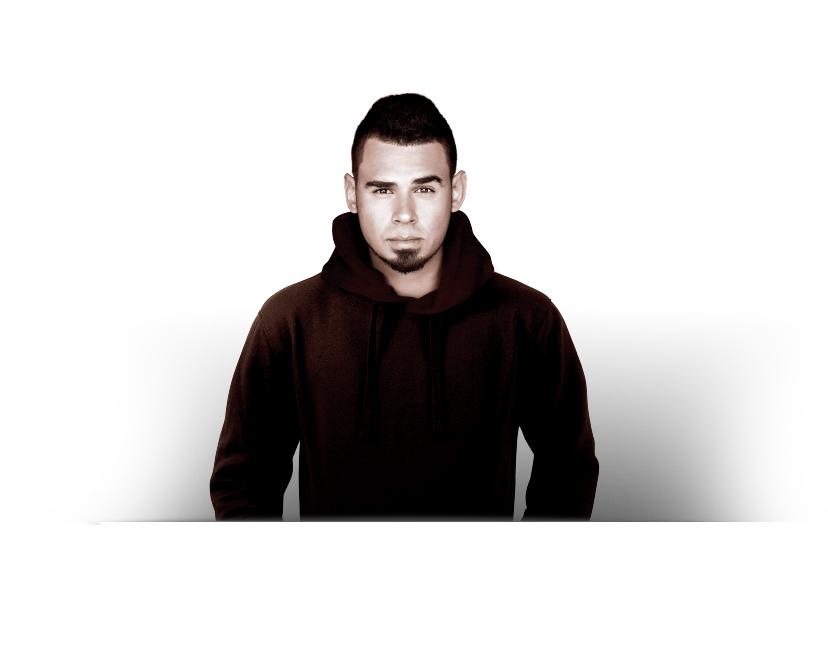 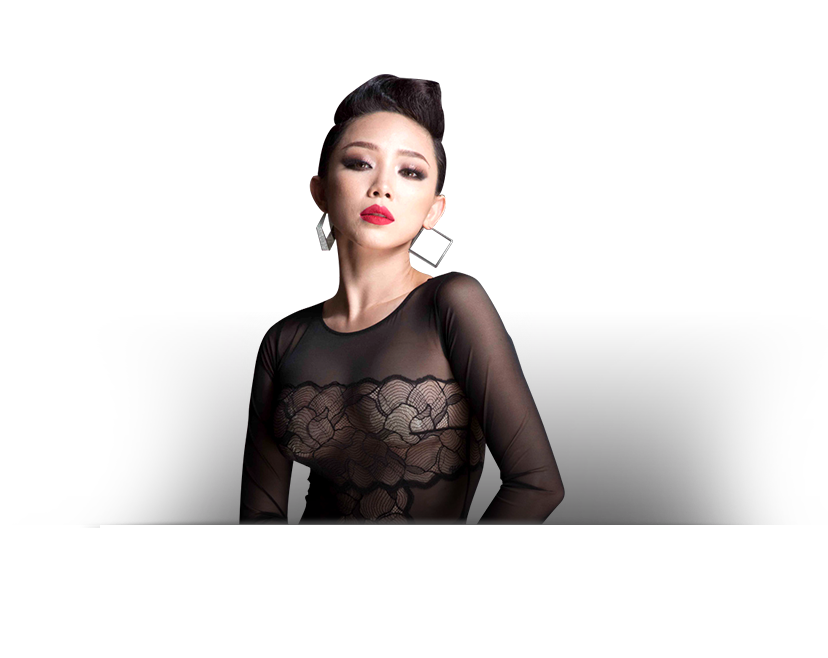 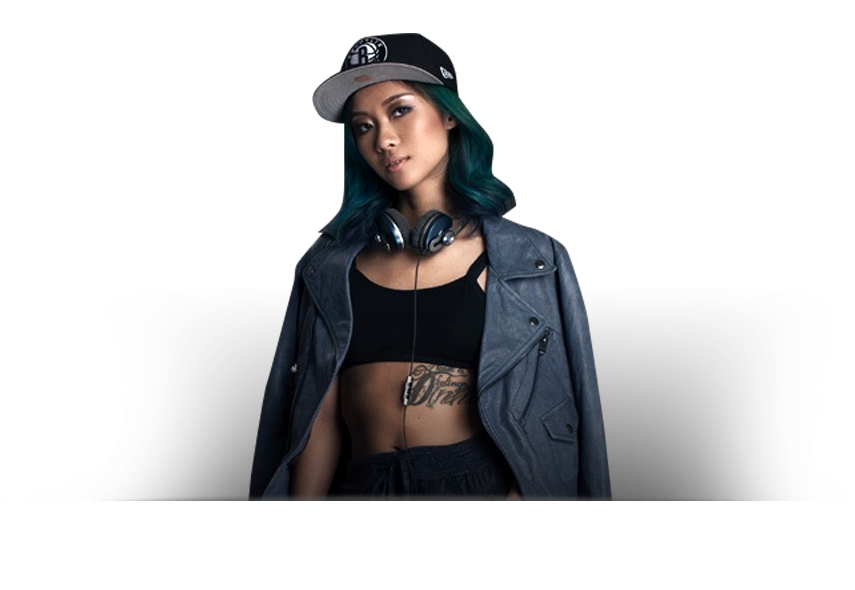 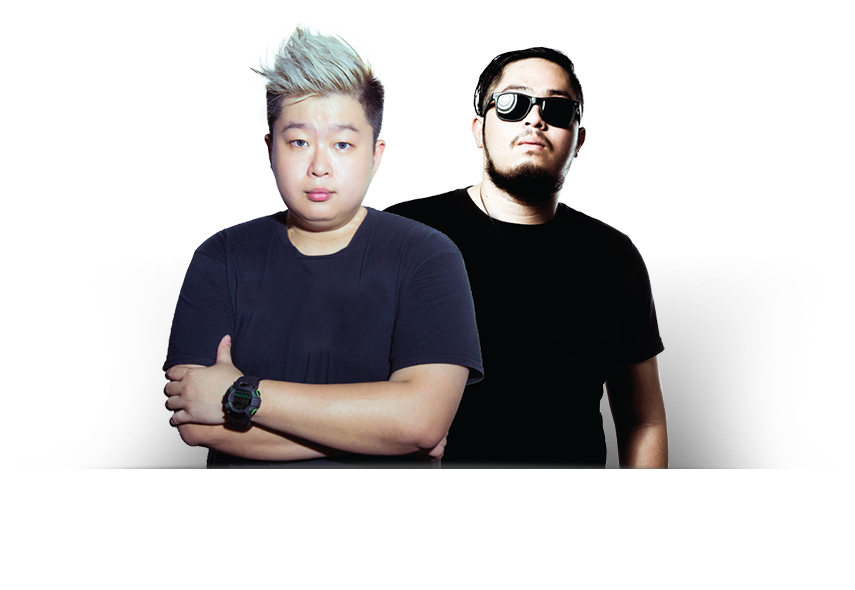 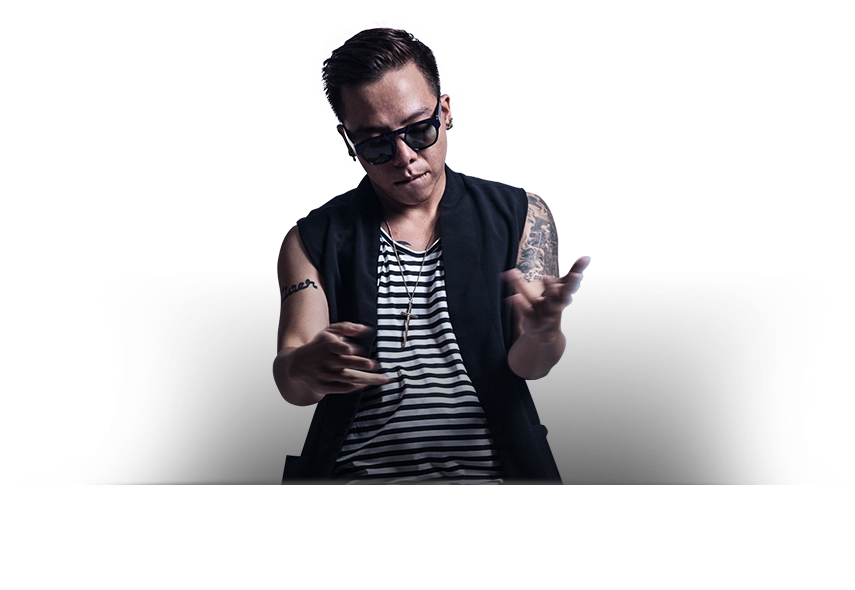 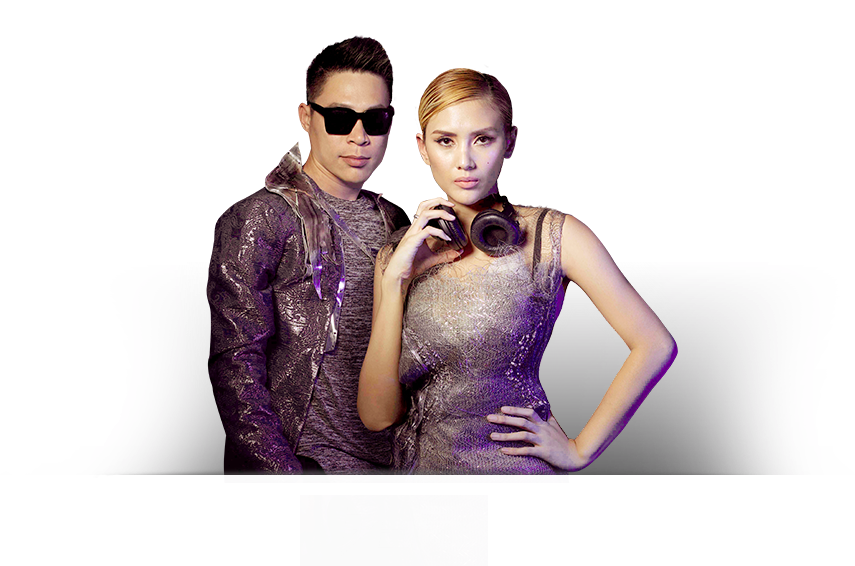 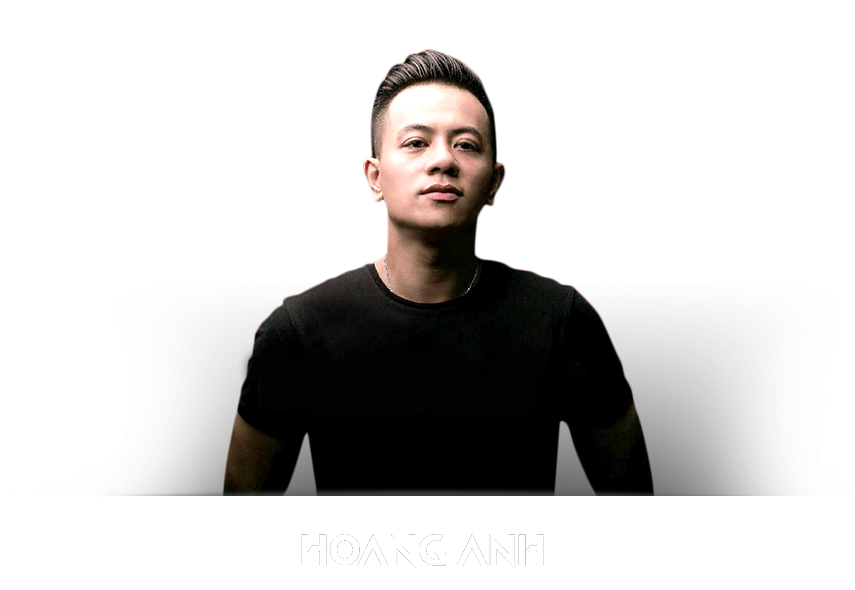 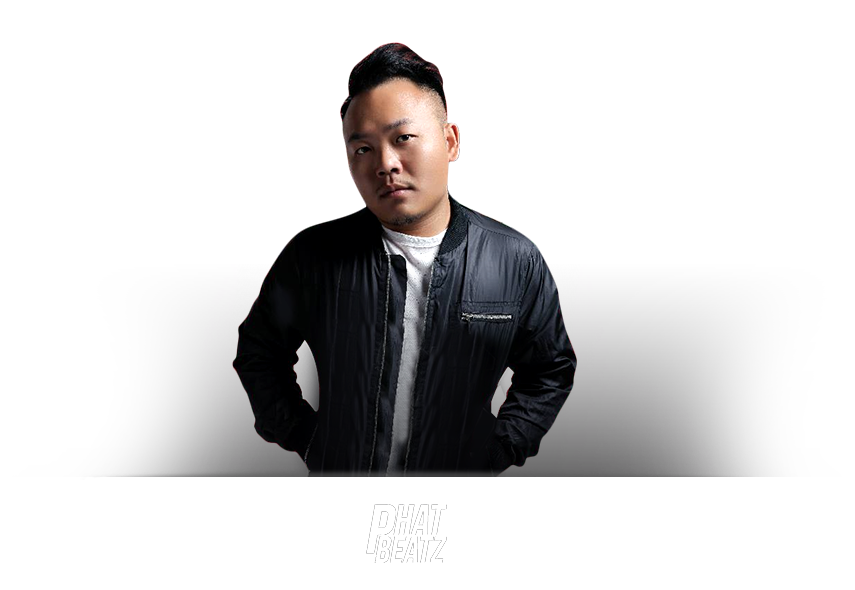 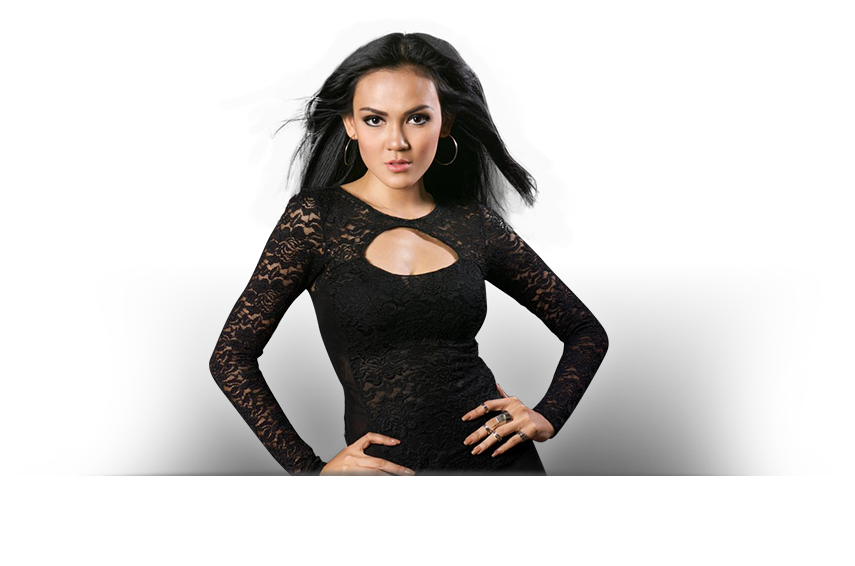 Nick van de Wall (born 9 September 1987), commonly known by his stage name Afrojack, is a Dutch DJ, record producer and remixer. In 2014, he released his debut album Forget The World. Afrojack regularly features in the top 10 of DJ Mag Top 100 DJs including his title of the 7th highest-earning DJ in the world 3 years ago, according to Forbes magazine. On March 17 2015, Afrojack was featured in David Guetta's single "Hey Mama" in which he co-produced with Guetta. He was also well-known for acting headliner at a number of EDM music festivals, including Tomorrowland, Ultra Music Festival, and Coachella to name a few.
Releases on label like Spinnin' Records, Afrojack's Wall Recordings and Steve Aoki's Dim Mak and remixes for LMFAO, Jennifer Lopez, Pitbull, Laidback Luke, Sidney Samson, the Bingo Players and Hardwell. All big achievements that make 26-year-old Abdesamad Abdelaouid, better known as DJ Apster, definitely stand out from all the talented DJ/Producers that the Dutch house scene has to offer.
Toc Tien was born in May 13, 1989. She is a Vietnamese singer and actress. She've got a lot of opportunities in her career since she was a teenager such as participating in The Hien composer tour and joining Yo!Band. Toc Tien came back to Vietnam in 2015 and left strong impression on audience with her performances in The Remix. Now that Toc Tien is one of the biggest names in Vietnamese young stars.
Her real name is Hang Lam Trang Anh. She is a Vietnamese rapper, singer, actress. She is the first female rapper or "Queen of Hip Hop" in Vietnam. Suboi approached Hip Hop music when she was 14 and started performing since she was 15. Afterwards, she became a famous underground rapper. Suboi joined "Music Faces" record and attracted the audiences by 2 hits "My Apology" and "Girl's Night" which are collaborated with Ho Ngoc Ha. In 2014, she officially presented her album "Run" in iTunes over 109 countries.
Nuckin' Futs is one of the most talented DJs who used to perform at Ultra Singapore with his typical Electro set. Last month saw a real soar of his career as he left an impression to all Saigonese. Nuckin' Futs has a flexible style, good sense of key and wide range of genres, from hip-hop, house, RnB to Electro Pop, even Trap, Dubstep do not raise dificulties in him. Once you have flowed with his liveset, you will be surely irresistable. Together with MC Soronus, he will blow up the whole Budweiser stage this December.
EDM lovers are surely falling for the name of Hoang Touliver. His competence is doing magic to V-Hits by converting them into EDM. He kicks off his career with piano melody combined with a simple beat. Throughout the ups and downs, Hoang Touliver remains his firm status in Vietnamese music market. As for his performances at Budweiser All Eyes On Us, ravers are gonna give them a big shoutout.
Together with the rising DJ duos across the nation.
Together with the rising DJ duos across the nation.
Together with the rising DJ duos across the nation.
Jay Envy doesn’t say much, but don’t let the quiet, shy demeanor fool you. His thumping, bass heavy sets do all of the talking for him. As an Atlanta native, Jay Envy is known for capturing all the raw, unbridled energy of the Dirty South that encourages aggressive behavior and prompting riots on the dance floor. With a strong grasp in the East Atlanta electro and dubstep circuit and his signature take on bass music, he fuses them all together and labels it as just “ass shaking fight music”. If he isn’t one of your favorite DJ’s yet, believe he will be.
Regardless of acquiring professional model title in a wide range of international and local catwalks, runner up Hoang Yen catched up her career as a DJ at the end of 2015. With her first debut on stage of The Wave Music Festival, she came as a real big surprise to audience. She assumed that modeling is not firm enough in the long run, that is why she seeked for another new and brighter path. Despite having established an academy specializing in catwalk, she still determined to challenge herself and take part in the DJ role.
Vu Hoang Anh, better known as DJ Hoang Anh, was born in 1981. Currently hailed as the No.1 Trance/EDM music producer in Vietnam, he is also the co-founder of Trance.VN Podcast. His career expands to the establishment of 88DNA- the very first EDM brand in Vietnam, as well as being the "boss" of a DJ and Producer training institute - 88DNA Academy, which are very popular to this genre's young enthusiasts. Throughout his career, he has collaborated with artists such as Dam Vinh Hung, My Le, Duong Trieu Vu, Cao Thai Son, Hong Ngoc, Khanh Linh...
One of the most familiar face in a number of well-known bars/lounges at Saigon, DJ Phat Beatz, known as a rising phenomenon in Hip-hop section, is promising to bring up on stage a colorful set. His unique mix will surely blow your mind away.
Dona Amelia is an international singer, actress, TV presenter and model. Being influenced by her love for Armin, Hardwell and Dash Berlin, in mid-2015 Dona produced two new EDM singles, Trophy and Fly Away. Currently she is working on EDM & House music with British DJ legend Matt Caseli. Dona also takes individual event bookings and has recently sang at the most prestigious clubs, exclusive sky bars in HCMC. She also became widely famous by being the face of major TV shows such as Barclay’s Premiere League Football, Fifa World Cup, Golf Spot and Health Update on O’Channel. Her Trance charming vocal will be mixed with EDM set by #DJYen the very first time to bring out the most flawless performance.

Hit the stage at SECC (District 7)
All for your joy and entertainment.

Pick some nice seats so you will enjoy the performances to the fullest!

This event is produced and presented by Escape Music Festival