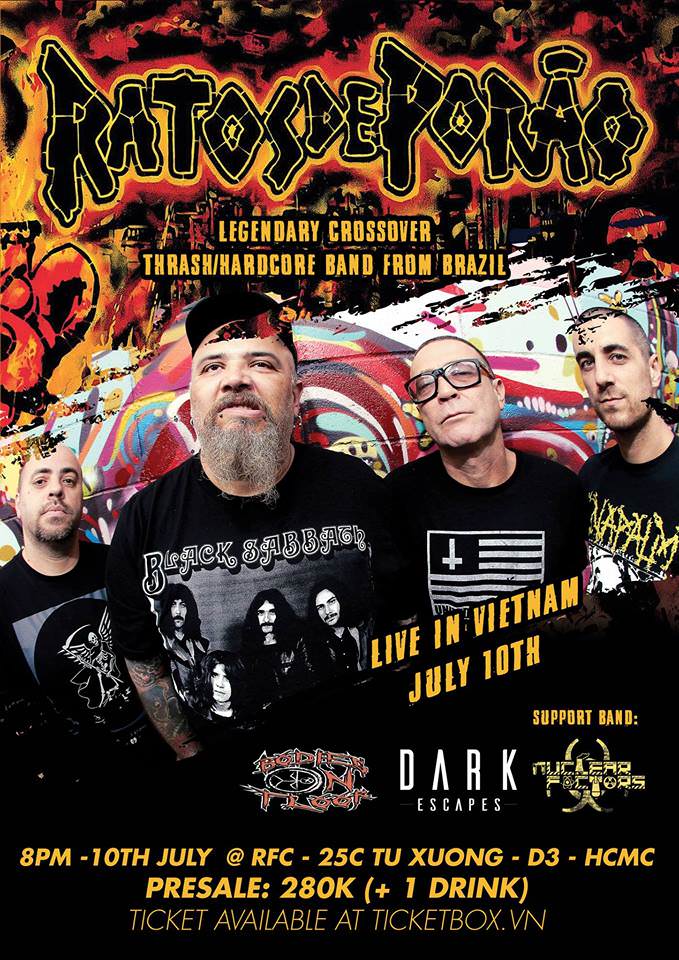 Ratos de Porão is a huge old school crossover band from Brazil which needs no long introduction to anyone, since they started their history in the unbelievable year of 1981 playing a furious crossover thrash hardcore punk in the city of São Paulo and have tour worldwide playing some of the most important festivals.

They are known as one of the most influential bands of Brazil even worldwide renowned band Sepultura record a cover of Ratos de Porão. By the end of the 80's, it was common to see Sepultura and Ratos de Porão together touring. In youtube you can see some performance where Ratos de Porão and Sepultura share the stage and even a video where they have Punk Icon Jello Biafra of Dead Kennedys singing with them. RDP also was one of the few bands invited to perform at the world famous CGBG in New York.

According to the According to the editor of Old School Metal Maniac, Mr. Leszek Wojnicz, Ratos de Porão did one of the best gigs of that Day at the Brutal Assault Fest in Czech Republic.

Ratos de Porão were paid tribute in 1998 when several other punk groups, like Verminose, Anões de Jardim, Gangrena Gasosa, and Poindexter recorded their songs on the CD Traidô.

And there are many interesting surprises that wants to give to Vietnamese fans at this Ratos de Porão show in Vietnam. This will be the most mind-blowing music show this summer that we cannot miss. Grab your ticket and join us at RFC Rock Fan Club from 8pm to 23pm in this July 10th, 2018.